Which Way to the Wild West? 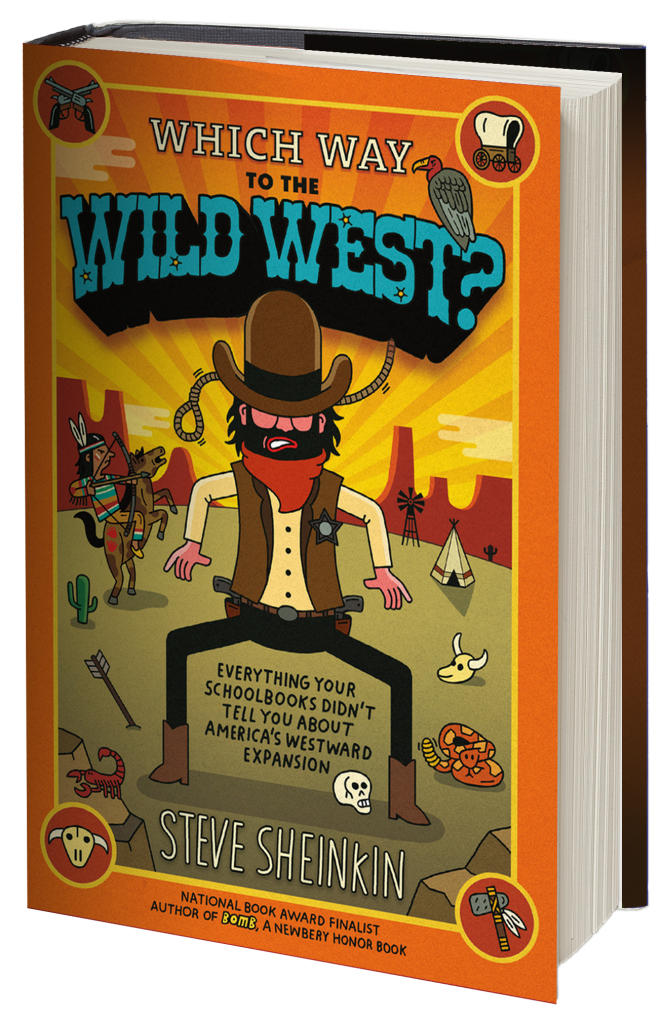 History – with the good bits put back!

1836: The Mexican general Santa Anna surrounds the Alamo, trapping 180 Texans inside and prompting Texan William Travis to declare, “I shall never surrender or retreat.”

1846: A band of travelers, including the soon-to-be notorious Donner family, becomes trapped in the Sierra Nevada, forcing them to decide whether it’s better to eat each other or starve to death in the snow.

1861: Two railroad companies, one starting in the West and one in the East, start a race to lay the most track and create a Transcontinental Railroad.

Get the felling the world’s changing quickly? Welcome to the thrilling, tragic, and downright wild adventure of America’s westward expansion.