So I’m thinking I’ll use this space to share stories from my research, deleted scenes from my books, travel and school visit adventures – that kind of stuff. Yesterday, I got a chance to talk about my newest book, The Port Chicago 50, on WAMC, a very cool public radio station in Albany, NY. Here’s a link to the interview.

I’m also really excited to be a part of the new Guys Read: True Stories, which comes out September 16. I was thrilled when Jon Scieszka invited me to contribute a chapter, and I looked in my story notebooks, and found one I thought would be perfect. It’s a disgusting and ultimately uplifting survival tale from 1815 – here’s the very beginning: 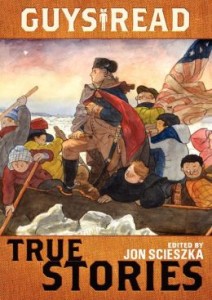 Like many great survival stories, this one starts with a shipwreck. To be precise, it starts with the American brig Commerce slamming into a reef off the coast of West Africa on the moonless night of August 28, 1815.

The ship’s side cracked wide open, and seawater poured in. The good news is, Captain James Riley and his eleven-man crew loaded a lifeboat with barrels of water, bread, and salted meat and made it to shore. The bad news is, they’d just wrecked on the western edge of the Sahara desert. Also unfortunate: Shortly after sunrise a band of spear-wielding bandits spotted the sailors, robbed them, and carried one off as a slave. Riley and his remaining crew escaped to sea in their rickety lifeboat. They had a few bottles of water, a few pieces of salt pork, a sack of soggy figs.

Seven days later they were still in the boat.

They’d hoped to spot a passing ship. No luck. The nails holding their vessel together were working loose in the waves, and the boat was coming apart beneath them. Their legs were underwater; their upper halves roasting in the sun. The food was gone. The water was gone. Abandoning hope of rescue, Riley and the men paddled to shore and collapsed on a patch of wet sand. Exhausted, starving, and utterly lost, the men moistened their burning throats with sips of their own urine.

It was at this point that the pleasant portion of their journey came to an end.

I don’t want to give away too much, but, yes, it gets worse. Much worse. The story was fun to research, fun to write, and even more exciting to see it in print – with amazing original drawings by Brian Floca. And the book is filled with stories from an all-star cast of nonfiction writers – I’ll read them all and report back.